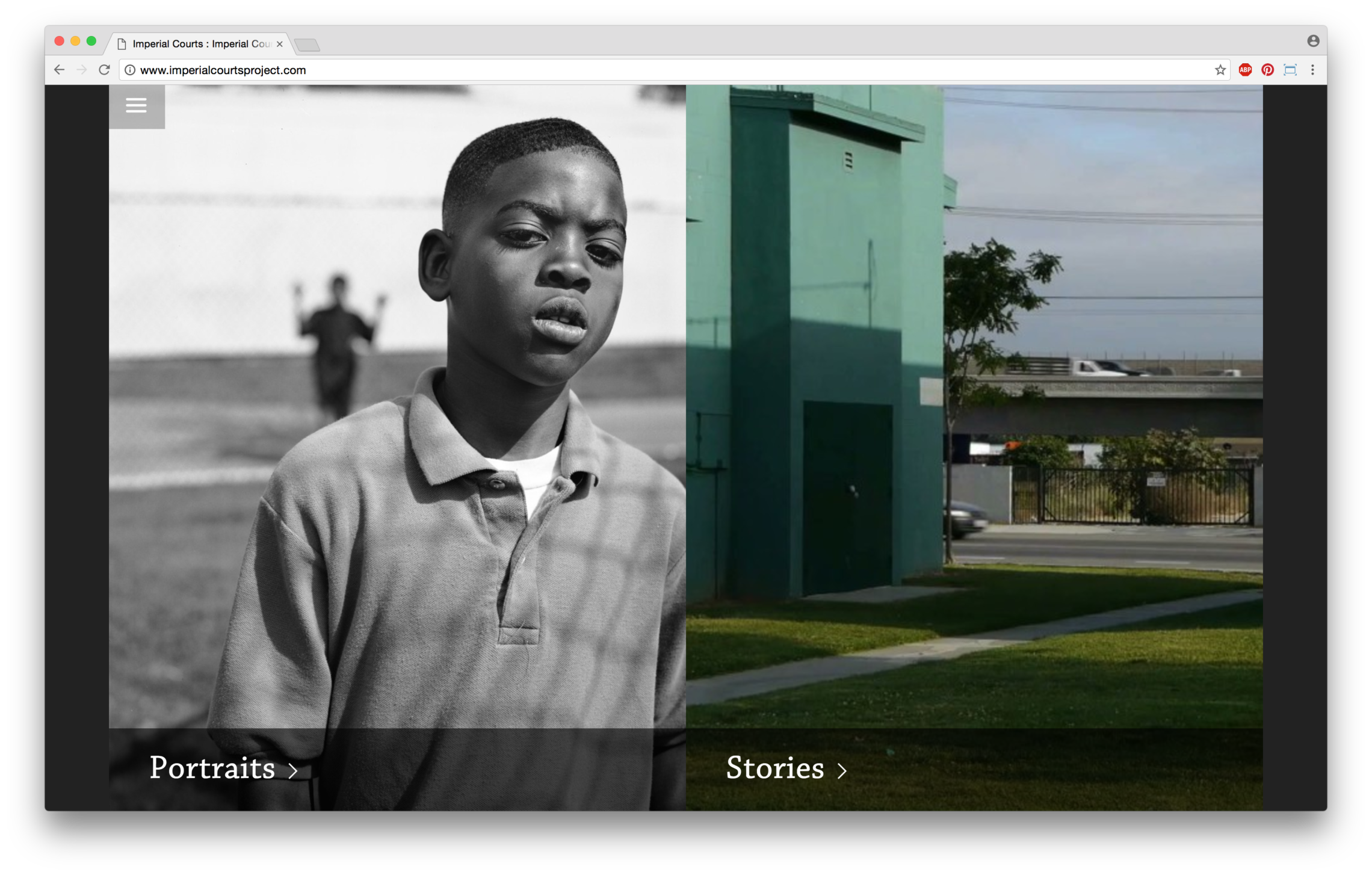 Imperial Courts, 1993-2015 is a project by photographer Dana Lixenberg about Imperial Courts, a social housing project in Watts, Los Angeles. The project contains work made over a period of 22 years and consists of a book, exhibition and web documentary.

Imperial Courts was built in 1944 on the corner of 116th Street and Imperial Highway in Watts, Los Angeles. Part of a major social housing development, it attracted predominantly African-American migrants from the southern states. Imperial Courts and the neighborhoods around it soon became a ghetto, beyond which African-Americans were not welcome. Frustration at the racial discrimination and social isolation boiled over into the notorious Watts riots of 1965. Widespread riots erupted again in 1992, following the acquittal of four white LAPD officers accused of the brutal beating of Rodney King. Over the years, Imperial Courts has gone from being the epicenter of race riots to an anonymous deprived neighborhood. The media attention has died down, but the lives of the residents go on.