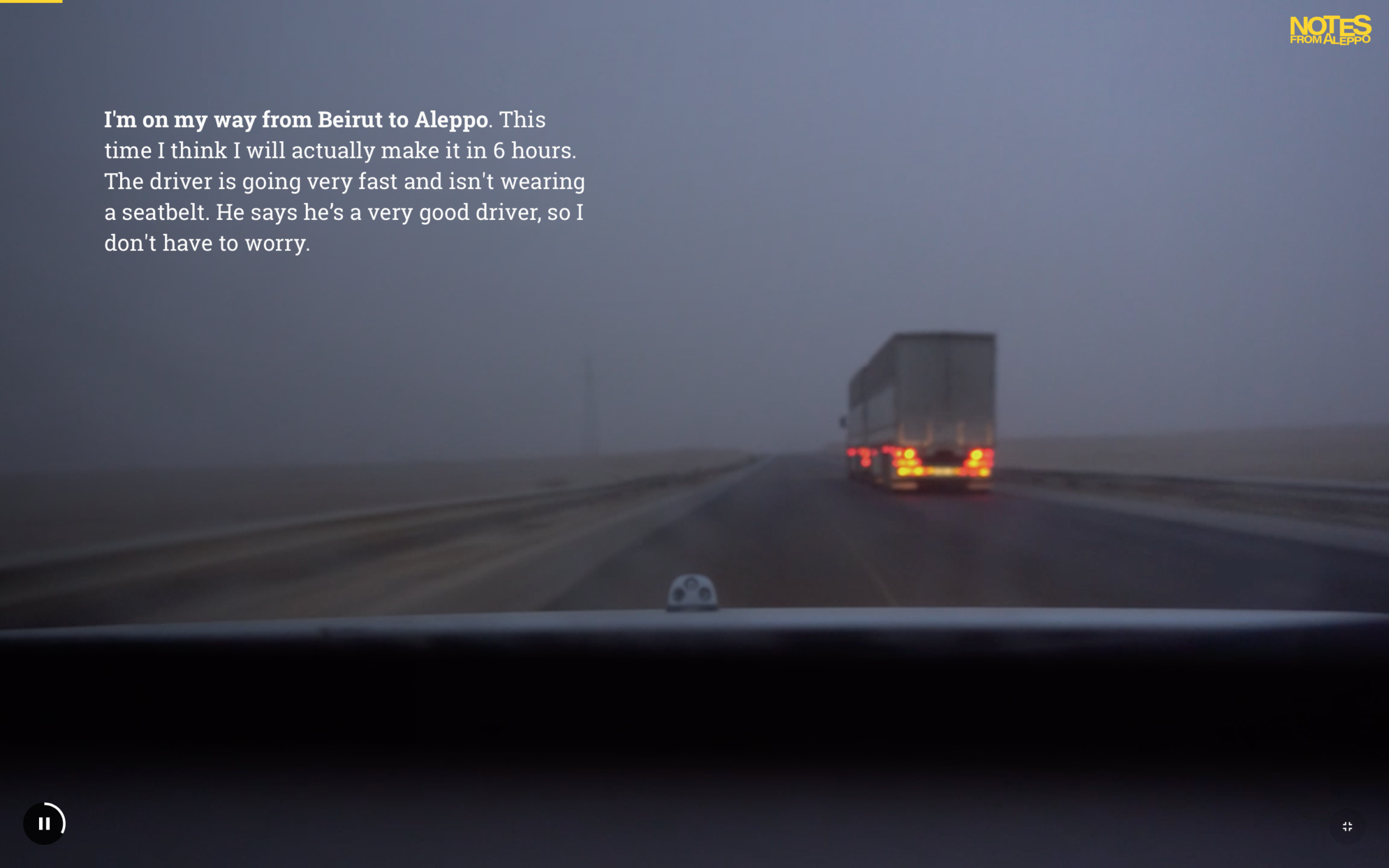 In 2012, photographer Issa Touma was forced to leave his home in Aleppo. Reluctant to leave behind his country, friends and family, he travelled back and forth several times until the East Aleppo was taken back by the regime (SAA) in December 2016.

Notes from Aleppo follows Issa Touma rediscovering Aleppo after his arrival. In a number of short stories, Issa shows the struggles of Aleppo’s citizens in their attempt to restore normality in their day-to-day life and recover from the destruction of the war. Given the political situation no funds for reconstruction are available from foreign countries and the resources of the regime are extremely limited after seven years of conflict. The rebuilding of the city largely comes down to the citizens themselves.

Before the war it was estimated that 22.5 million people lived in Syria of which 2.1 in Aleppo, the largest city. Since 2011 over 5.6 million people have become refugees and another 6.6 million are internally displaced. And yet, people started returning to Aleppo, as of early 2017. At the beginning of 2018 the number of returnees in Aleppo was 444,500. 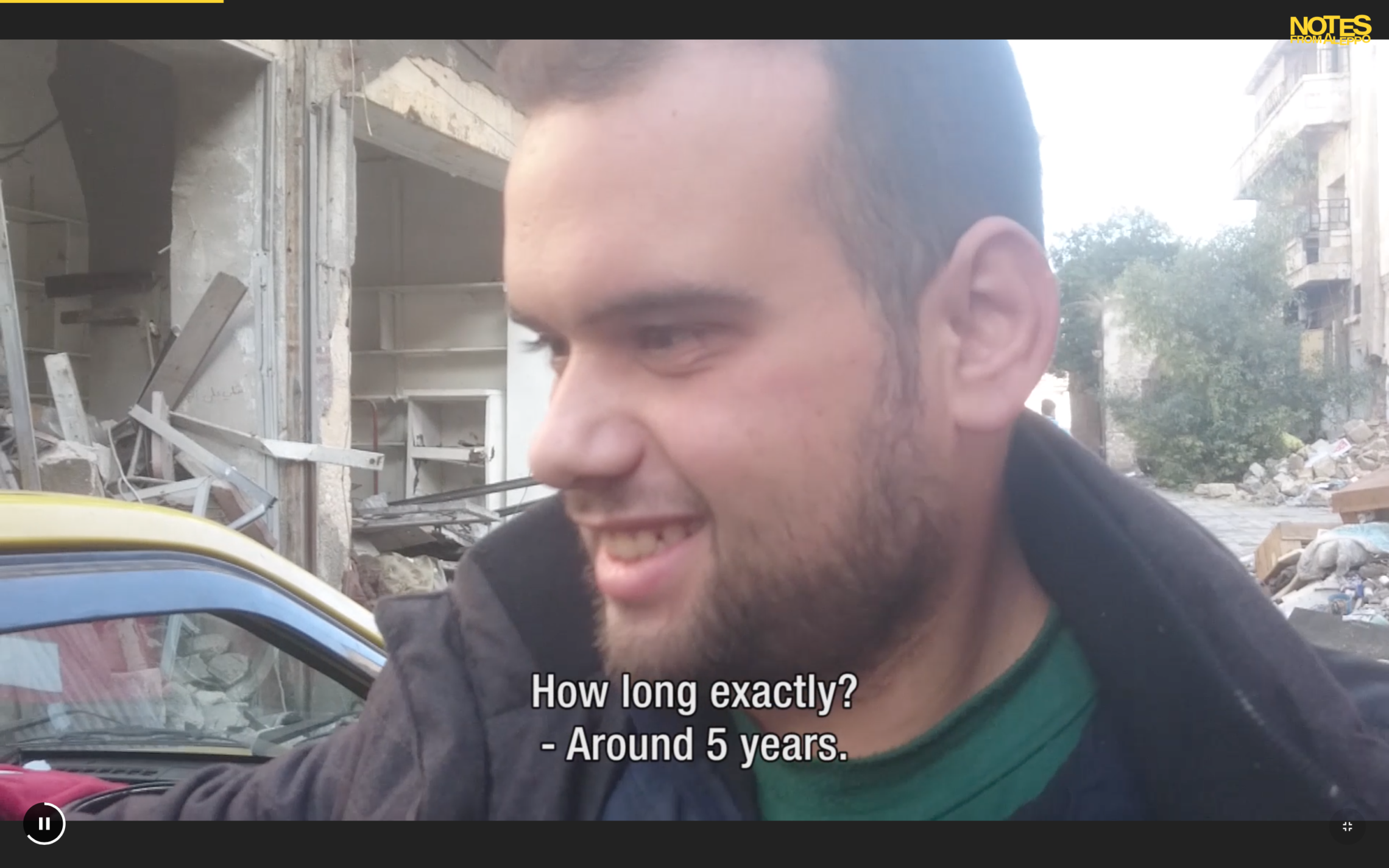 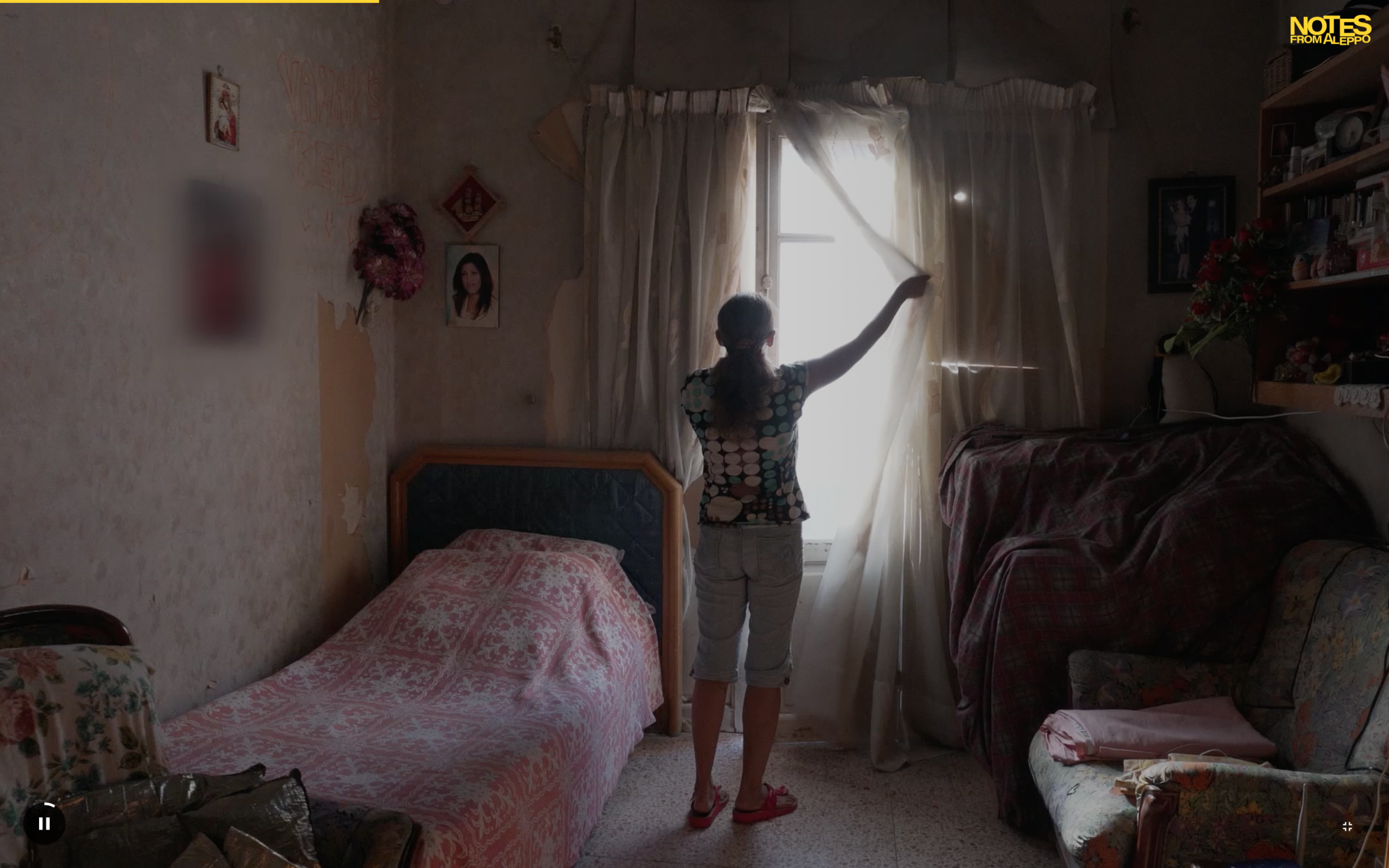 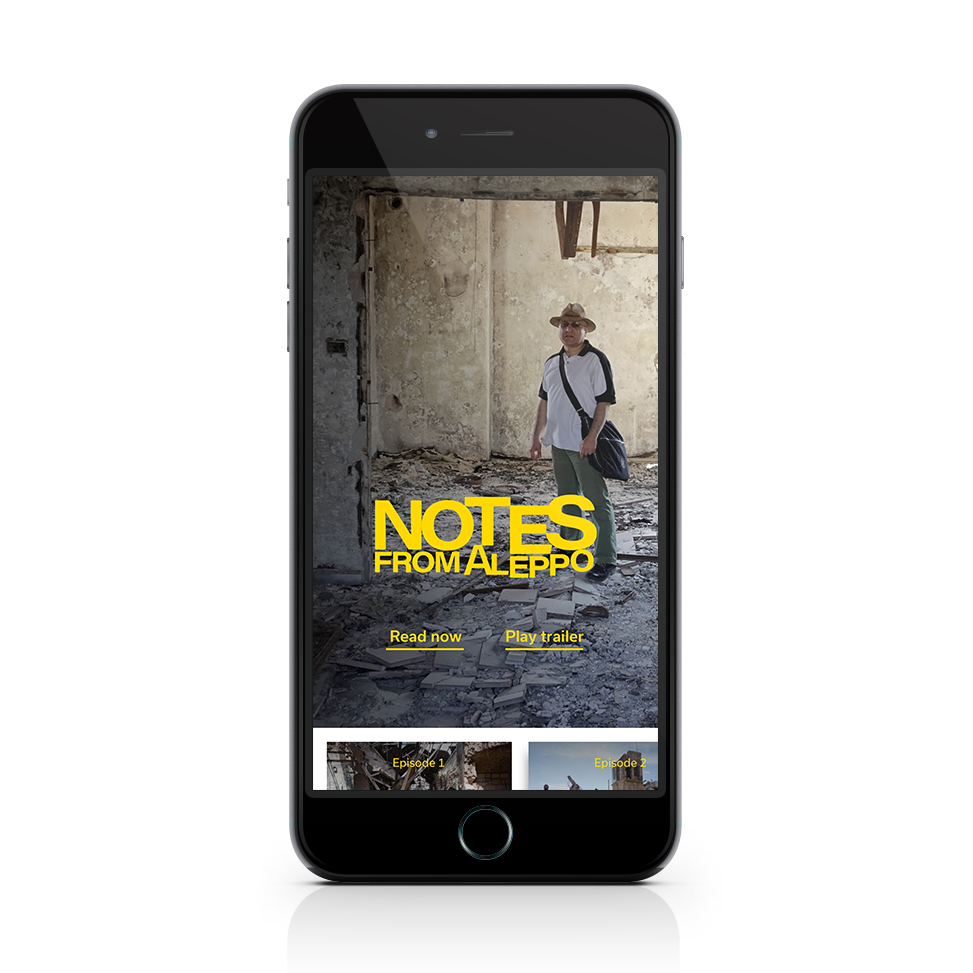 Women We Have Not Lost Yet 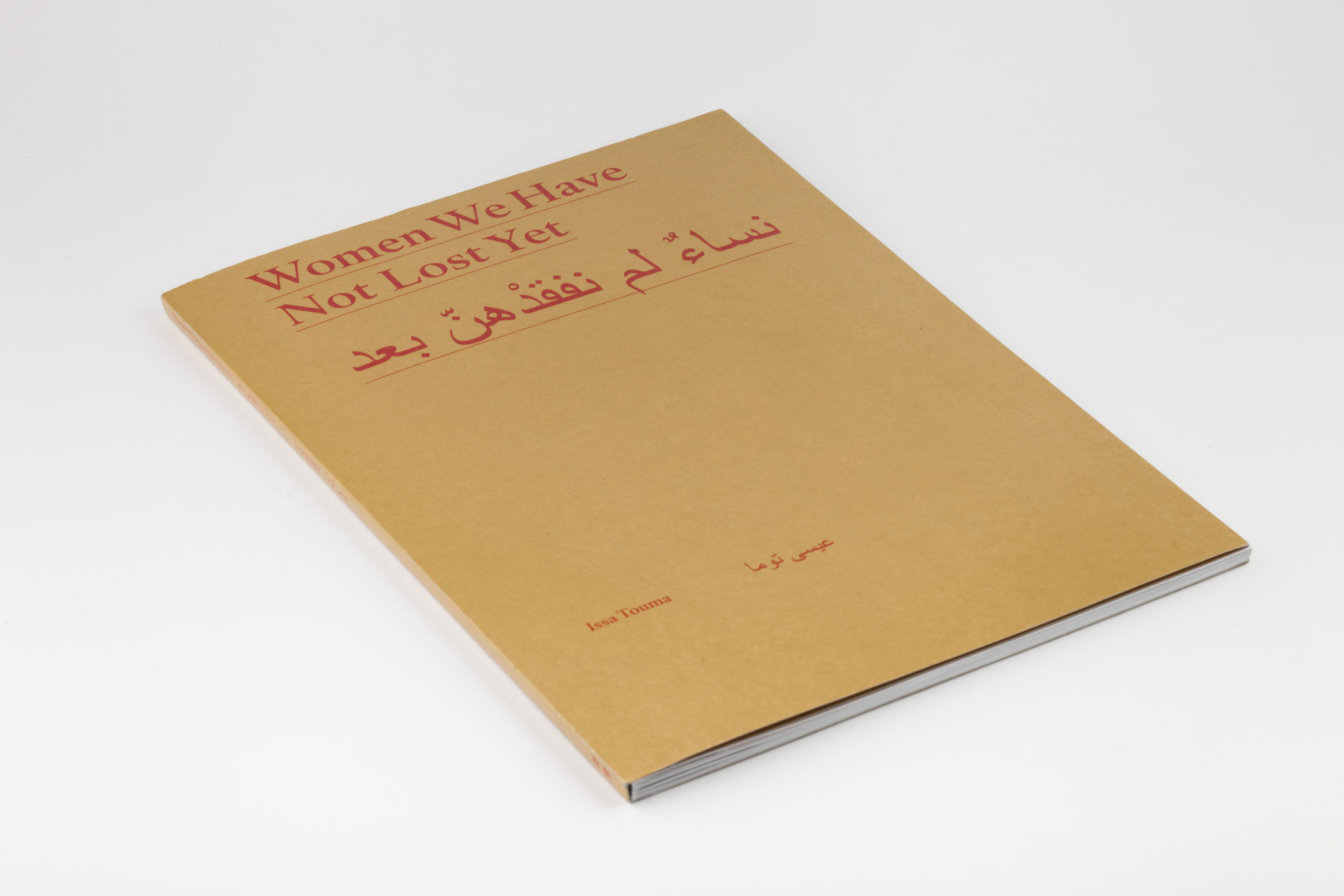